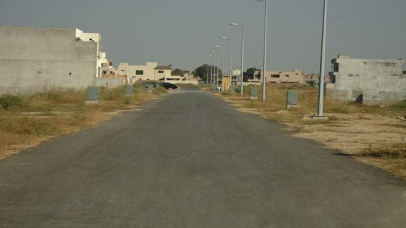 4Picture(s)
12Marla
300 Yards Sahil Street 13 Good Option For Sea Lovers Ready To Construction Best For Home Maker Very Reasonable Price Your search ends with this Residential Plot. We've just got the perfect deal for you. With an area of 2700 Square Feet, you will have ample space to build your dreams. Invest Rs. 35,000,000 and become a proud owner of this lucrative property.
Rs30,500,000 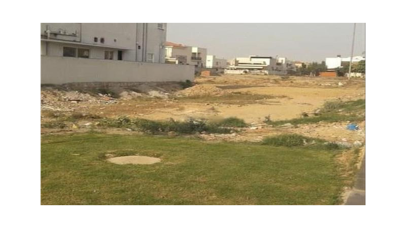 3Picture(s)
8Marla
Commercial plot is available for saleWe can assist you narrowing down the right areas for Commercial Plot in Karachi. You can be an owner of a well-fitted property that is available for sale in a posh area. A 1800 Square Feet property is well-suited for all your needs. Price of PKR Rs. 160,000,000 is reasonable for property at this location.
Rs160,000,000
2 Results returned.Per Page

With a bona fide inception, Pakistan Defence Officers Housing Authority was established for the welfare of honorable officers of the Armed Forces of Pakistan. The prime aim was to provide exceptional standards of life to the officers who have been serving the state for years. The Housing Society began with an allotment of mere 76.2 acres of land but through remarkable planning and meticulous urban development, DHA evolved as the largest and leading residential estate of the country. DHA profoundly holds the privilege of being the only housing authority that provides the world-class environment and well-guarded community with amenities of quality life. By the promising growth and advancement, through leadership, vision and innovation, DHA has poised itself to be the preferred housing provider in the country. The authority regulates the impeccable functioning with a well-managed and governed administration providing the best educational, recreational, cultural and civic facilities to the residents in an ideal aesthetic environment.

DHA has attained a valuable status serving as a benchmark for providing unparallel living standards in Pakistan. Pakistan Defence Officers Housing Authority currently owns and manages over an area of 8,797 Acres, serving several families. It has 81,489 members including Armed Forces Officers, Civilians and legal heirs of deceased members. DHA has a vast network of roads spreading over 466 Km, water supply covering 605 Km and sewerage spanning 470 Km.

The prime objectives of the Housing Society are:

Welfare of Armed Forces Officers who retire from their services at a very early age after serving the state commendably and selflessly. To develop the housing sector of Pakistan by introducing model housing schemes. To utilize the valuable land and setup housing schemes on land purchased from Federal/provincial government/private sectors. This is an act of forte and experience of Armed Forces to become an inalienable and inseparable part of the nation’s prosperity and progress. The Authority’s functioning is overseen by two bodies: The Governing Body, chaired by Secretary Ministry of Defence. Executive Board, headed by the Corps Commander posted at Karachi

Phase-VIII is the biggest, most modern, well planned and fastest growing phase of Defence Housing Authority which constitute 45% of the entire area of DHA. Phase-VIII is undergoing mega development activity, the mammoth infrastructure development work all its sectors has been completed with a degree of quality and excellence by the spirited project team of Phase-VIII. Phase-VIII has undoubtedly come up as a model and vibrant phase showcasing the progressive image of DHA.

There are six sectors in Phase-VIII (A to E and E8). In all sectors, Infrastructure Development Work has been completed. This includes road carpeting, sewerage, water supply and electrical works including street lights. Sectors A & B are open for construction.

The Phase-VIII Directorate Office building is under construction on Defence Avenue and will be completed in the next two years. It will facilitate easy access to our valuable residents of Phase-VIII.
Address Map
Longitude : E67° 4' 18.4''
Latitude : N24° 49' 17.3''
Neighborhood
Train Station17 Minutes
Bus Station22 Minutes
Airport40 Minutes
Beach14 Minutes
Park5 Minutes

Wezni Marketing Private Limited is running MLS Network in a partnership with Realtypaas, Inc. Wezni MLS Network is the largest and 1st Realtors MLS network in South Asia and the Middle East.